How can a man's intelligence be rectified? 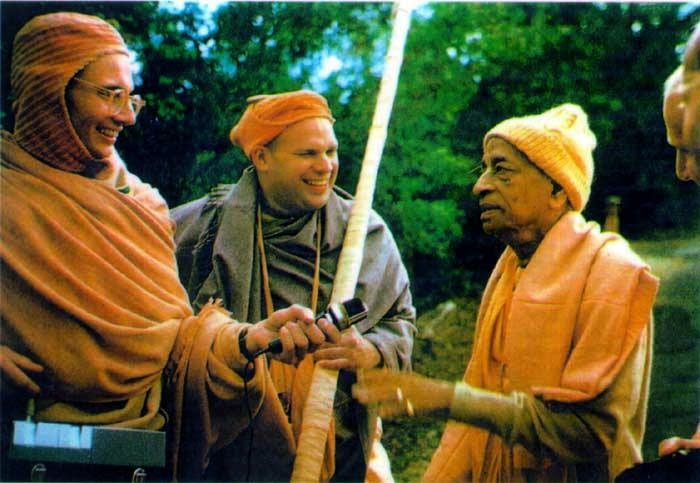 Prabhupada: This hari-kirtana, chant. Somehow or other, induce them to chant Hare Krsna. Everything all right. By flattering, by soliciting, by giving him prasada, by elevating him, that "You are the best man in the world" -- in this way inducing him, "Please chant Hare Krsna," then he will be rectified. This is Hare Krsna movement. There is no other way. He is ruined, and the more the Kali-yuga advances, he becomes more and more ruined. All other attempts will failure. Don't you see in your country the LSD-addicted hippies? Government spends so much money to rectify them-failure. But as soon as they come to our camp, immediately success. How it is possible?

Pusta Krsna: By this chanting...

Pusta Krsna: Only from your Godbrothers. (laughter)